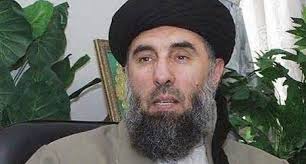 Reconciliation deal between Hezb-i-Islami group and Kabul could serve as test-run for eventual peace deal with Taliban, experts say

The result of months of intense negotiations, representatives of the group and the government shook hands earlier this week and exchanged a draft of the agreement between them.

Precise details of the agreement remain a secret, but the two sides have reportedly come to consensus over most -- if not all -- of their longstanding differences.

Hezb-i-Islami has reportedly agreed to accept the deployment of foreign troops in Afghanistan "as long as necessary", while Kabul is ready to push for the removal of the group’s name from Washington’s and the UN’s black-lists.

The group will also be allowed to bring its members back home after lengthy periods of exile abroad.

In return, the group -- historically seen as ideologically close to the Muslim Brotherhood -- has promised to adhere to the Afghan constitution, shun violence and end any association with radical groups.

Shahussain Murtazawi, deputy spokesman for Afghan President Mohammad Ashraf Ghani, has stressed that the group must be totally disarmed before being allowed back into the political arena.

Murtazawi recently told reporters in Kabul that the Hizb-e-Islami had agreed to all preconditions.

The Afghan public, for its part, appears to have cautiously welcomed the move.

Some observers, however, have expressed concern over the vast weapons arsenal reportedly possessed by the group.

Security affairs expert Jawed Kohestani believes the Hizb-e-Islami should be completely disarmed and forced to abandon its ties with extremist groups.

He also believes that Hekmatyar’s fighters must be carefully absorbed into the Afghan National Security Forces (ANSF).

Saleh Mohammad Kandahari, an affiliate of the group, told Anadolu Agency that the western powers -- along with Turkey and other Muslim countries -- had played a significant role in reaching the deal.

He said that Hizb-e-Islami fighters were largely prepared to abandon violence, while the group’s more literate cadres were willing to contribute to efforts aimed at rebuilding war-ravaged Afghanistan.

"There aren’t many foreign troops here and both sides have agreed to eventually ensure their total departure," Kandahari said.

Alexey Yusupov, Afghanistan country director for the Friedrich Ebert Foundation, a German NGO, told Anadolu Agency that Hekmatyar realized that -- with the Taliban fighting his affiliates in the field and eventual peace talks in the offing -- his window of opportunity was rapidly closing.

Many Afghan commentators have described the deal with the 68-year-old Hekmatyar as one of President Ghani’s crowning achievements.

Many observers now hope that the Taliban -- or Taliban splinter groups -- will follow suit if the deal between Hekmatyar and the Afghan government bears fruit.

"If a peace deal with the Taliban is eventually to be achieved, this deal -- with the much smaller and less significant Hekmatyar -- can be seen as a test run," Yusupov said.

Hekmatyar served as prime minister of Afghanistan in 1996 and 1997 after Afghan resistance factions overthrew a pro-Soviet regime in Kabul following years of fighting.

His brief stay in office ended after differences emerged between the Mujahideen group and Kabul, once again turning the country into a battlefield and paving the way for the rise of the Taliban.