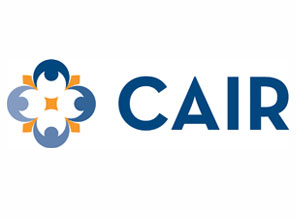 During an interview today on Fox Business with Stuart Varney, Trump was asked whether, as president, he would follow the lead of a British proposal to close “extremist” mosques.

"I would do that, absolutely, I think it's great," said Trump. When pressed on whether he could close a mosque, given American laws protecting religious freedom, Trump said, "Well I don't know," and conceded, "I mean, I haven't heard about the closing of the mosque. It depends, if the mosque is, you know, loaded for bear, I don't know. You're going to have to certainly look at it."

Trump: I Would Shut Down Certain Mosques in U.S. if Elected

“Donald Trump’s apparent willingness to close down American mosques that he deems ‘extreme’ is totally incompatible with the Constitution and our nation’s cherished principle of religious freedom,” said CAIR Government Affairs Department Manager Robert McCaw. “The government should not be in the business of deciding what is acceptable free speech or religious belief. Donald Trump’s off-the-cuff remarks are both un-American, and un-presidential.”

McCaw asked Trump to clarify his definition of “extremism” and to elaborate on what criteria would be used to close any house of worship.

Even Rep. Peter King of New York, who has often been criticized for his Islamophobic views, condemned Trump’s remarks.

In September, CAIR called on Trump to also clarify what he meant when stating that he was "going to be looking at that" to a question about the Muslim "problem in this country" and "When can we get rid of them?"

SEE: CAIR Calls on Donald Trump to Clarify 'Looking At' Getting Rid of Muslims

Also that month, CAIR announced the renewal of its “Share the Quran” campaign in response to GOP presidential candidate Ben Carson’s false claim that Islam is “inconsistent” with the Constitution and his bigoted belief that a Muslim should not be elected president.

Earlier this year in a similar controversy, Republican presidential candidate and Governor of Louisianan Bobby Jindal proposed banning immigrants coming to the U.S. who might “impose some variant or some version of Sharia law.”

Interviewing Jindal about his remarks FOX New host Megyn Kelly called the remarks controversial and asked, “Who decides how far into Sharia law you have to be? Who decides who’s a radical Islamist and who’s just an Islamist?”