Cameron: Turkey joining EU 'not remotely on the cards' 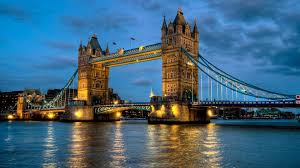 LONDON (AA) - Speaking to British ITV Channel on Sunday, British Prime Minister David Cameron said that it would take “decades” for Turkey to join the EU.

“Turkey joining the EU is not remotely on the cards,” the British premier said in the interview.

“At the current rate of progress it would be decades, literally decades, before this even had a prospect of happening,” he added.

Cameron’s statements came after Armed Forces Minister Penny Mordaunt claimed that Britain would be “unable to stop Turkey joining the EU” unless the U.K. voted to leave the 28-nation bloc.

Speaking on the Andrew Marr show on Sunday, Leave (EU) campaigner Penny Mordaunt said: “I do not think that the EU is going to keep Turkey out. […] The only shot that the British people will get at expressing a view on this is the EU referendum.”

Referring to Mordaunt’s statements, Cameron emphasized Britain’s right to veto should another country attempt to join the EU.

He dismissed the claim saying that when the time came, the U.K. “would be able to say no" to Turkey’s accession. He said that the Leave campaign was wrongly using Turkey’s accession process as an argument to leave the Union.

“Britain and every other country in the EU has a veto on another country joining and that is a fact,” he said.

Britain’s EU membership referendum will be held on Thursday, June 23.