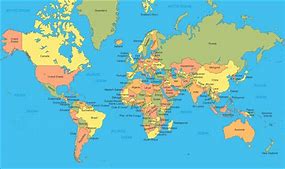 ANKARA - China has destroyed 30,000 world maps printed in the country for showing Taiwan as an independent country and Arunachal Pradesh as part of India, local media reported.

According to state-run Global Times, the maps had "problems including rendering Taiwan as a country and wrong depiction of the Sino-Indian border".

The maps were destroyed by the customs authorities in Qingdao, East China's Shandong Province, it said.

On December 14, 2015, Chinese State Council, -- country's top decision-making body -- issued a new set of regulations on maps with the “goal of tightening control over maps to safeguard state sovereignty”, the Beijing-based newspaper said.

The regulations came into force on January 1, 2016.

China also argues that Taiwan is a breakaway Chinese province.

The daily said the maps were produced by a company in East China's Anhui Province and were on the way to being exported to a "foreign country" which it did not name.