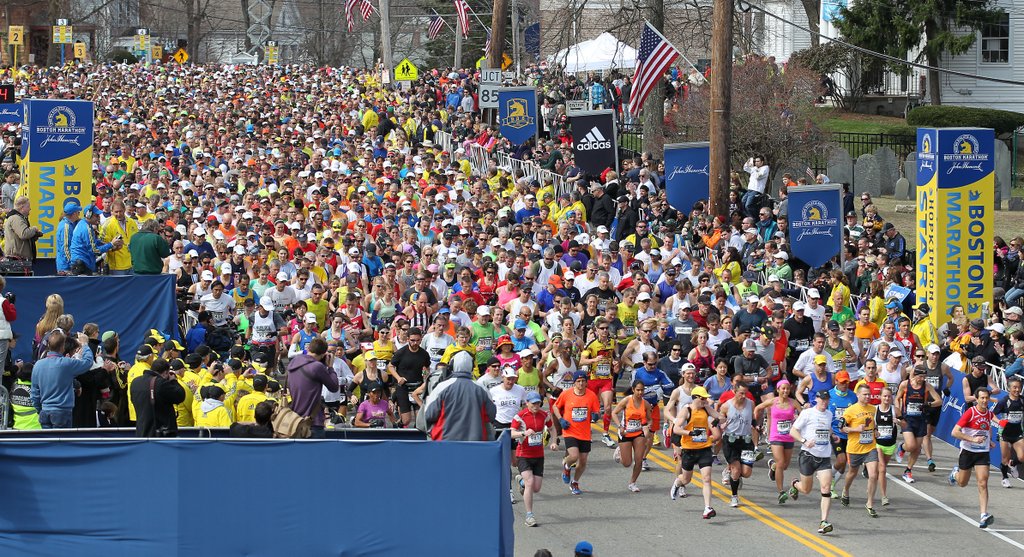 Dzhokhar Tsarnaev has been sentenced to death for committing the Boston Marathon bombing, one of the worst acts of terrorism to take place on U.S. soil.

BOSTON -- Dzhokhar Tsarnaev has been sentenced to death for committing the Boston Marathon bombing, one of the worst acts of terrorism to take place on U.S. soil.

The same seven-woman, five-man jury that found the 21-year-old naturalized American citizen guilty in the April 15, 2013, attack reached the verdict after deliberating for more than 14 hours over three days. The only alternative sentence was life without parole.

A death sentence required a unanimous vote from the jury members, but if they had failed to agree on it, the life sentence would have been imposed automatically.

The sentence punishes the defendant for the two homemade pressure cooker bombs packed with nails and BBs that he and his brother, 26-year-old Tamerlan Tsarnaev, detonated near the marathon's finish line. The bombing killed three people -- Martin Richard, 8, Lingzi Lu, 23, and Krystle Campbell, 29 -- and injured 264 others, more than a dozen of whom lost legs. On April 18, the brothers assassinated a Massachusetts Institute of Technology police officer, Sean Collier, in his patrol car in a botched attempt to steal his gun.

Tamerlan died during a shootout with police in Watertown, Massachusetts, four days after the bombings. Dzhokhar was captured hours later. He was found hiding in a boat, resting on a trailer. On the side of the boat, he had scrawled a confession saying the attack was retaliation for Muslims around the world who had been killed by the United States.

This undated forensics photograph made by the FBI and presented as evidence during Tsarnaev's federal trial shows a portion of the blood-stained and bullet-marked note he wrote while hiding inside motorboat after a gunfight with police on April 19, 2013.

Deliberations began May 13, when jurors were handed a complex, 24-page verdict form covering 17 capital counts, including bombing of a public place and conspiracy to use a weapon of mass destruction. The slip asked jurors to review the crimes for aggravating and mitigating factors.

Jurors had to decide if the prosecution proved that Tsarnaev exhibited aggravating factors, such as premeditation, a lack of remorse or "an especially heinous, cruel and depraved manner" of committing the offenses. Aggravating factors are reasons that the government said Tsarnaev deserved the death penalty.

The jurors also had to consider mitigating factors, such as whether Tsarnaev "had no prior history of violent behavior" and if he "acted under the influence of his older brother," which the defense argued were reasons for life imprisonment.

“There is no just punishment for that other than death,” prosecutor Steve Mellin said during closing arguments. “His actions destroyed so many families. He and he alone is responsible for his actions.” More than 150 witnesses testified in the trial that began 10 weeks ago. The prosecution presented a tide of evidence, including videos and photos showing Tsarnaev with a heavy backpack near the marathon's finish line, images of him taking target practice with a gun similar to the one that killed Collier and footage from an ATM camera that shows Tsarnaev withdrawing money from the account of a carjacking hostage.

The defense admitted to Tsarnaev's involvement in the attackfrom the very beginning of the trial. His lawyers' strategy has been to soften his image by portraying his older brother as the radicalized mastermind.

On April 8, the jury convicted Tsarnaev of all 30 charges stemming from the bombings and subsequent violent spree across the greater Boston area.

Tsarnaev's lawyers mounted a mild defense during the guilt phase. They reserved their energy instead for the sentencing stage, when they portrayed their client as a good kid led astray by his older brother and his mother, who had become immersed in an intolerant form of Islam.

"We ask you to choose life, yes, even for the Boston Marathon bomber," she said later. “It’s a sentence that reflects justice and mercy.”

After reaching a guilty verdict on those most serious charges, the trial moved into the sentencing phase. The prosecution called witnesses, such as bombing survivors and victims' families, to persuade the same group of jurors that Tsarnaev deserved death.

In one notable exception, the parents of Martin Richard, the 8-year-old killed in the bombing, wrote a letter that ran on The Boston Globe's front page saying they favored a life sentence for Tsarnaev.

Prosecutors portrayed him as remorseless. In one image, jurors saw Tsarnaev in an orange jail jumpsuit sticking up his middle finger at a security camera before a court appearance.

"This is Dzhokhar Tsarnaev -- unconcerned, unrepentant and unchanged," federal prosecutor Nadine Pellegrini said in April while presenting the photo.

The defense put up a fight as it tried to show their client's warmer traits. College friends, former teachers and his high school wrestling coach described Tsarnaev as hard-working, quiet and friendly. He was someone who never discussed politics or religion, they said. Tsarnaev's home life was turbulent, however. A psychiatrist described treating his father for serious mental and physical ailments. His parents divorced, returned to Russia and left Dzhokhar in their Cambridge apartment with Tamerlan.

Family members from Russia testified that they had been dismayed to learn Dzhokhar's mother and Tamerlan (pictured here holding a gun) had turned to militant Islam and expressed jihadist ideologies.

"If not for Tamerlan, this never would have happened," Clarke said Wednesday. "Dzhokhar became convinced of the fallacy of the cause and his brother's passion."

The family traces its roots to the Caucasus region of Russia. A Russian historian testified that in the culture of that region, siblings traditionally defer to older brothers.

For more than two months in court, Tsarnaev had sat stoically, avoiding eye contact with most witnesses. That changed the day his aunts and cousins from Russia, who he hadn't seen since he moved to the United States as an 8-year-old, arrived to testify. The sobbing of one aunt brought tears to Tsarnaev's face and he dabbed at his eyes in a rare showing of emotion. Upon exiting the court for lunch, he also blew a kiss as the family members waved to him. It was the only day that any relatives attended the trial.

Sister Helen Prejean, a Catholic nun and opponent of the death penalty, was the defense's final witness. She's well-known for her book Dead Man Walking, which became an Oscar-winning film. She told jurors that Tsarnaev had been remorseful during their meetings in recent months.

"He said it emphatically: 'No one deserves to suffer like they did,'" Prejean recalled Tsarnaev saying about the bombing victims. “I had every reason to believe he was sorry for what he did."

Turkish Embassy in Washington DC collects aid materials for earthquake victimsTurkish-Americans, US citizens sending aid to Türkiye that will be shipped every night by Turkish Airlines