Egypt: Finding cause of plane crash may take long time 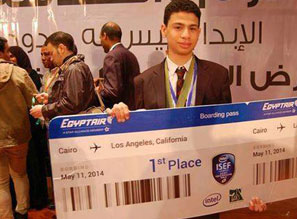 No theories can be ruled out, Egyptian president asserts

CAIRO (AA) - Egyptian President Abdel Fattah al-Sisi on Sunday said it could "take a long time" for investigators to determine the cause of last week’s crash of EgyptAir flight MS804, which fell into the Mediterranean Sea while en route from Paris to Cairo with 66 people on board.

"Investigations may take a long time; as soon as the results are available, they will be announced to the public," al-Sisi said at a Sunday press conference broadcast by Egyptian state television.

The authorities, he said, were "still waiting for the plane’s two black boxes to be found so as to determine the true cause of the crash".

He went on to say that a submarine operated by Egypt’s Petroleum Ministry was now moving towards the crash site in hopes of recovering the plane’s two black boxes.

In the meantime, he said, "I tell Egyptian and foreign media not to rule out any hypotheses".

On Saturday, an Egyptian government-appointed committee tasked with investigating the plane crash said it was "too early to make judgments" regarding the cause of the disaster.

One day earlier, Civil Aviation Minister Sherif Fathi had ordered the committee to be drawn up in cooperation with a French delegation that had arrived in Cairo.

Last Thursday, Egypt Air flight MS804 -- flying from Paris to Cairo with 66 people on board -- disappeared over the eastern Mediterranean after entering Egyptian airspace.

On Friday morning, Egyptian state television announced that the army had found the wreckage of the plane.

According to the airline, 30 Egyptians and 15 French -- along with two Iraqis, one Briton, one Belgian, one Portuguese, one Algerian, one Chadian, one Canadian, one Sudanese, one Kuwaiti and one Saudi national -- had been aboard the ill-fated aircraft.

Ali Abo Rezig contributed to this report from Ankara.