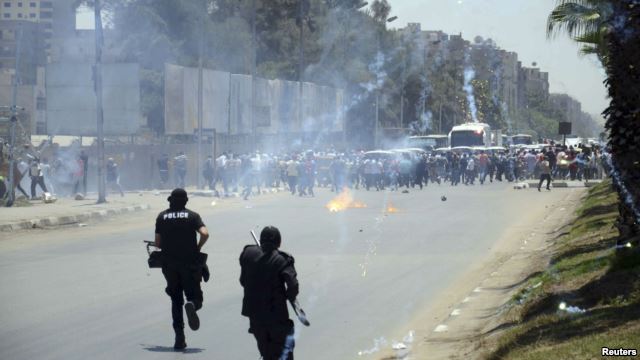 By Mahmoud Gharib and Mahmoud Hussein

CAIRO (AA) - A political prisoner died on Saturday inside his cell in Alexandria’s notorious Burj al-Arab Prison as "a result of torture", according to a human rights group and Egypt’s banned Muslim Brotherhood group.

The Egyptian Coordination of Rights and Freedoms, a Cairo-based NGO, said in a Saturday statement that a complaint had been submitted to Egypt’s public prosecutor demanding an investigation into political prisoner Badr Shehata’s death "from systematic torture."

Prosecution authorities, the statement asserted, "had refused to carry out an autopsy despite the fact that there were clear signs of torture on the detainee’s body".

The Muslim Brotherhood, for its part, likewise condemned the "torture" of Shehata, who had been sentenced to 15 years behind bars by a military court.

In a statement, the Brotherhood said Shehata had died "at the hands of prison officers and intelligence officials inside the prison after being subject to torture, to which the signs on his body and traces of blood on his clothes clearly attest".

The Egyptian authorities have so far refrained from commenting on the accusations.

According to rights groups, 37 political detainees -- including a number of prominent personalities -- have died in Egyptian prisons and police stations over the last two years.