Evil Eye – Its Effects and Protection 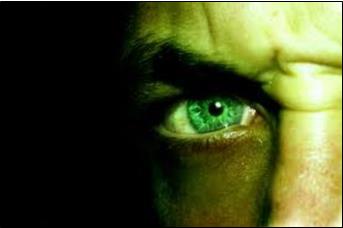 Evil Eye (ayn al-hasad or nazar) is harm, sickness, injury or even death by someone who is envious or jealous or even a pious person from among man or jinn.

Evil Eye (ayn al-hasad or nazar) is harm, sickness, injury or even death by someone who is envious or jealous or even a pious person from among man or jinn. It could affect children, adults, livestock, and any kind of materialistic items. The most vulnerable are the very young, the wealthy and the beautiful.

Modern medicine rejects the phenomenon of Evil Eye as its effects are not based on logic or rationale. They can’t diagnose it as it doesn’t register on their medical machines, nor can it treated with prescription drugs or surgery. However, Rasullulllah (saw) said the effects the evil eye are real.

Prophet Muhammad (saw) advised us to say ‘Masha-Allah’ to prevent the casting of an evil eye. Therefore, when praising or looking at anyone or anything with excitement, we should say ‘Masha-Allah.

Getting into unfavorable incidents, sicknesses, misfortunes and accident prone can be signs of being effected with Evil Eye.

The drying up of the milk of nursing mothers and livestock can also be attributed to evil eye. Among babies and young children, incessant crying and fretting, a baby’s refusal to suckle or drink milk.

Other symptoms include lack of rain, drying up of wells, withering of fruit, sudden loss to business, and so on.

Treatment of Evil Eye
In the pre-Islamic days of Jahilliyah (ignorance), when the pagans amongst the Arabs feared the effects of an evil-eye, they would perform many rites and rituals to ward off its evil – like wearing amulets, tying their beards, or wearing a string around their neck, or cleansing themselves with animal dung or bones, etc.  The Prophet (saw) absolutely and totally forbade the believers to perform such useless and unlawful acts to ward of the evil.

In a narration, a number of companions traveled with the Prophet (saw) towards Makkah. When they came to the mountain pass of al-Kharar, they stopped for rest. There Sahl ibn Haneef did ghusl (bathed), and he was a handsome white-skinned man with beautiful skin. Amir ibn Rabiah looked at him while he was doing ghusl and said: “I have never seen such beautiful skin as this, not even the skin of a virgin.” At that moment, Sahl fell down to the ground.

They went to the Prophet (saw) and said, “Can you do something for Sahl, because he cannot raise his head.” He said, “Did anybody cause harm to him?” They said, “Amir ibn Rabiah looked at him and admired his smooth skin.”

The Prophet (saw) called Amir and rebuked him strongly. He said, “Why would one of you kill his brother? If you see something that you like, then pray for blessings for him.” Then he said to him, “Wash yourself for him.” So Amir washed his face, hands, forearms, knees and the sides of his feet, and inside his izaar (lower garment) in a vessel. That water was collected and poured over Sahl over his head and back. Immediately Sahl got up and joined the people like there was nothing wrong with him. (Categorised as Saheeh (authentic) by al-Albani in al-Mishkat.

The Prophet (saw) also adviced his followers to recite the ‘Muawwidaat’ (Surah Al-Falaq and Surah An-Naas, 113 and 114) as protection against the Evil Eye.

The main protection against the effects of the Evil Eye are reading the Quran, making zikir, dua’ and performance of regulatory practices like salat.

Other dua’s narrated from the Prophet (pbuh) are:

“A’udhu bi kalimaat Allah al-taammaati min sharri maa khalaq”
(I seek refuge in the perfect words of Allah from the evil of that which He has created) (Muslim, 4881)

To prevent anyone from unintentionally casting an evil eye through praise, it is recommended to say:

Or simply saying “Masha-Allah” when you see something that is impressive or beautiful. For instance, “your baby is very cute, Masha-Allah”, or “this is a beautiful house you have bought for your family, Masha-Allah” or “what a grand big wedding for your daughter, Masha-Allah”

The main preventive measure against the effects of Evil Eye is and the reading of the Quran, the remembrance of Allah (zikr), making dua. Any person engaged in these acts is less likely to be affected by the evil eye, destructive envy (hasad) and other kinds of harm from the devils of humankind and the jinn.