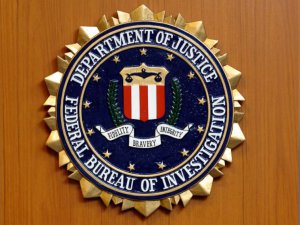 Authorities say the man tried to drive into the facility around 6 p.m. local time but never made it past a series of gates; the facility sits far back from the gates.

FBI agents tried negotiating with the man for hours and at some point decided to push the car out of the way. The driver then apparently got out of the car with a gun and was shot by the agents. His condition in the hospital is unknown.

There are reports that the man announced he had explosives in the car, but there has been no confirmation of that. Law enforcement officials also say the man may be mentally disturbed and may have tried to get onto the CIA campus in the past.

While there has been no motive offered for the standoff, the FBI released a statement that read in part: "The FBI takes all shooting incidents involving our agents or task force members seriously. The review process is thorough and objective and is conducted as expeditiously as possible under the circumstances."​​​​​​​

Security at government buildings around Washington has been extraordinarily tight this year since the riot at the US Capitol in January. In April, a Capitol police officer was killed and another injured when a man tried to ram his car into the barrier that surrounds the Capitol building. And in 1993, a Pakistani national killed two CIA employees as they sat in their cars near the entrance to the facility.