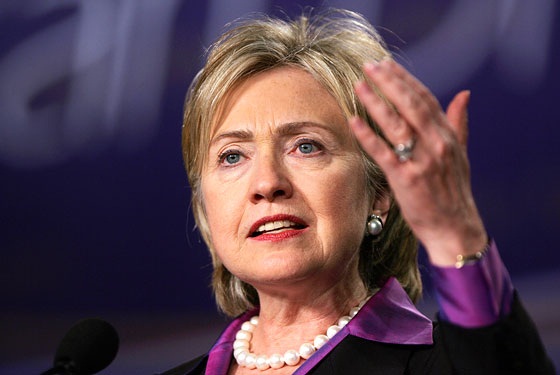 WASHINGTON (AA) - With less than six months until nationwide presidential polls, neither Donald Trump nor Hillary Clinton are viewed favorable by Americans, according to a poll released Tuesday.

The poll was based on online responses taken May 16 through May 22.

While Clinton has yet to clinch the Democratic Party’s nomination, the chances that Vermont Sen. Bernie Sanders pulls off a come from behind victory appear slim to none -- setting the stage for a likely showdown between the former secretary of state and Trump.

Americans are nearly evenly divided between the candidates, with Clinton holding the three-point advantage in a 48 percent to 45 percent split, according to the poll.

Clinton continues to poll well among women where she holds an 18-point lead over Trump. But Trump leads among men, besting Clinton by 10 points.

Trump, however, leads among whites by 14 points.

Still, the support that each candidate enjoys may have much to do with their opponent.

Approximately one-third of those who support either Trump or Clinton said that they do so in opposition to the other candidate.

Thirty percent of her supporters said they support Clinton based on her experience, a far cry from the 2 percent who said the same of Trump.

NATO flags fly at half-staff in solidarity with Türkiye over deadly quakesOver 3,500 people killed, 22,000 others injured in 10 provinces of Türkiye after 2 strong earthquakes on Monday
MOST VIEWED
1/20
PHOTO GALLERY
12345678
TOP NEWS
YESTERDAY| THIS WEEK |THIS MONTH
COLUMNIST
Video Gallery
12345678
All Rights Reserved © May 2014 US Muslims | Unauthorized and the resources published.
Haber Scripti: CM Bilişim