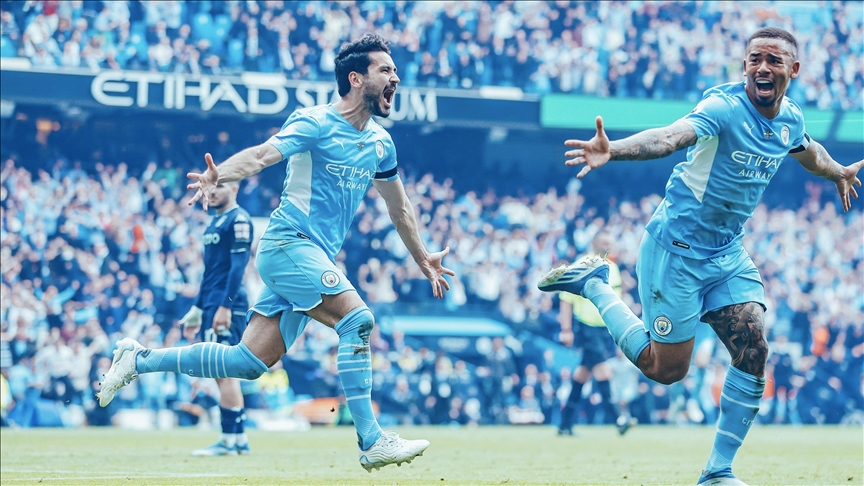 The Citizens were shocked with the goal by Aston Villa's Matty Cash in the 37th minute, and the first half ended 0-1 at the Etihad Stadium.

But German player Ilkay Gundogan's entry in the 68th minute was the game's turning point.

Philippe Coutinho made it 2-0 for Aston Villa just a minute later.

Gundogan lit the first spark of the comeback in the 76th minute with his header goal and just two minutes later Rodri equalized the score 2-2.

Gundogan also scored the third goal, just five minutes after his first, bringing victory and the title to his team.

Meanwhile, Rivals Liverpool, who were just one point behind the City, beat Wolverhampton 3-1 but could not catch up with the Blues in the standings.

This is the City's sixth Premier League title, and the fourth English title for manager Pep Guardiola, which makes him the most successful foreign manager in Premier League history.