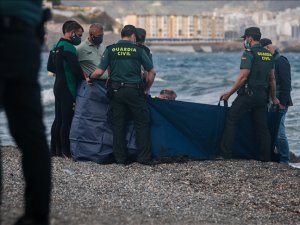 They included 288 women and 101 children, said Caminando Fronteras (Walking Borders), adding that 1,784 of the migrants died while trying to reach Spain’s Canary Islands by boat.

It also drew attention to the “invisibility” of an increasingly popular route from Algeria to Spain’s eastern Mediterranean coast.

At least 464 people died trying to reach Europe on this route in 2022, it noted.