Pakistan's ex-premier Khan announces march to Islamabad on May 25 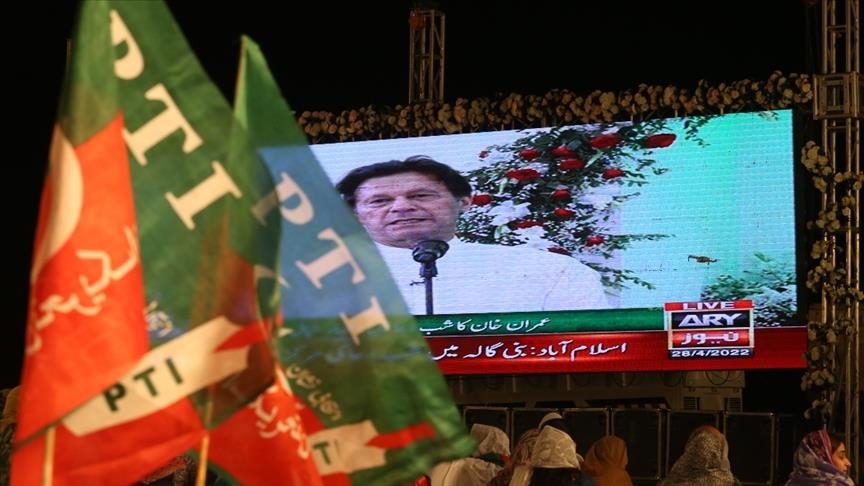 Says supporters will remain in capital until new elections are called

KARACHI, Pakistan (AA) - Pakistan's former Prime Minister Imran Khan on Sunday announced that his party's march to Islamabad to press for new elections would begin on May 25.

Addressing a news conference in the northwestern city of Peshawar, Khan said his supporters will remain in the capital until new elections are called.

"I call upon the people from all walks of life ... party workers, farmers, laborers and ex-servicemen ... to meet me at the Srinagar Highway (Islamabad) on May 25 at 3 p.m. (local time)," he said.

Khan, who came into power in August 2018, was ousted in April through a no-confidence vote in parliament by the joint opposition.

Reiterating his allegations that he was removed through a US-backed plot, he urged the country's powerful army, police and bureaucracy to stay "neutral" and do not support the government's move to block the planned protest.

"We will remain peaceful. We only want (a) date for dissolution of the parliament, and new elections. We will not back off from this demand," he went on to say.

Khan had also staged a 126-day-long sit-in in Islamabad in 2014, seeking resignation of then Prime Minister Nawaz Sharif over alleged rigging in the 2013 polls.

His demand was not met, and the protest was called off in December 2014 after a terrorist attack on an army-run school in Peshawar, in which over 140 students, mostly children, were killed.

The development comes as the South Asian nation continues to slide into economic crisis due to a widening current account deficit and depleting foreign reserves.

Pakistan is in dire need of external financial support, and talks between the government and the International Monetary Fund (IMF) are underway in Doha.