Russia: Iced speed probes may have led to plane crash 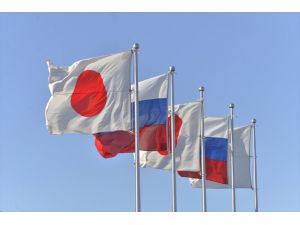 MOSCOW (AA) - The crash of An-148 passenger aircraft on Sunday may have been caused by ice on speed probes which led to incorrect information on the plane’s airspeed, an aviation committee said on Tuesday.

Interstate Aviation Committee (IAC), which investigates aircraft incidents, decoded the data of the flight recorder and stated the aircraft instruments in the flight desk started producing incorrect speed data because of icing.

According to the initial analysis of the data available, IAC said the heating system was switched off before the take-off. The emergency situation began to develop 2 minutes 30 seconds after the take-off at an altitude of about 1,300 meters, it added.

Around the same time the plane disappeared from radar.

Later, the wreckage of the aircraft was found in Moscow’s suburbs. Six crew members and 65 passengers, including a child, were onboard. No one survived.

Türkiye's population just shy of 85.3M in 2022Population increased by nearly 600,000 from year ago, according to official count

Türkiye expects 'responsible attitude' from Twitter in wake of deadly earthquakeIt is critical in such an emergency for Twitter to pay special attention to disinformation, misinformation efforts on platform, Communications Director says