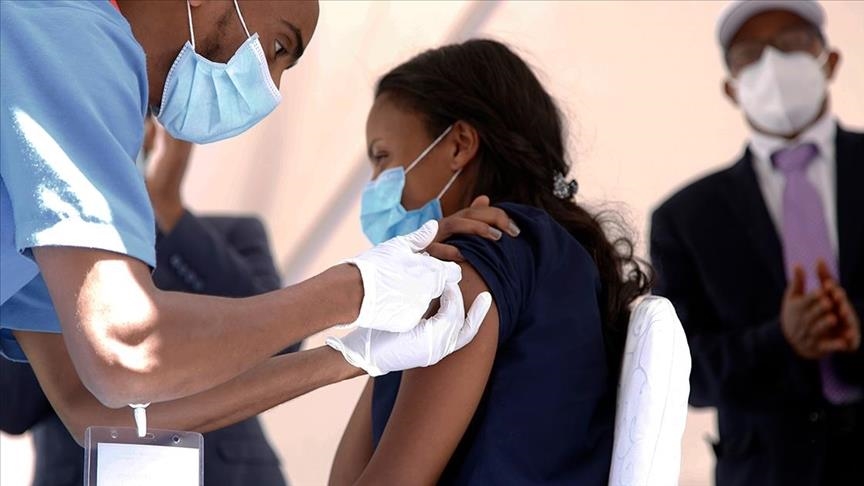 JOHANNESBURG (AA) - South Africa has sold doses of the AstraZeneca COVID-19 vaccine it acquired in February but did not use to 14 other African Union (AU) member states, the Health Ministry said Sunday.

South Africa halted use of the AstraZeneca vaccine in February after a study revealed it was less effective against the South African variant of the coronavirus known as 501Y.V2.

The country had received 1 million doses of the vaccine from the Serum Institute of India and was waiting for another 500,000 doses.

Health Minister Zweli Mkhize confirmed Sunday that the sale of the AstraZeneca vaccine doses they had acquired had been concluded.

Mkhize said the first batch of vaccine doses shipped out of the country this week will benefit nine African Union member states and the balance to be shipped next week will benefit five other African countries.

South Africa, which started vaccinating its nearly 60 million people in mid-February, two weeks after halting use of the AstraZeneca vaccine, is now using the Johnson & Johnson vaccine, which is said to be effective against the 501Y.V2 variant.

The country has so far vaccinated more than 180,000 health care workers, according to the Health Ministry, and hopes to speed up its inoculation campaign as it acquires more doses.

South Africa has the highest number of infections on the continent with 1,537,852 cases and over 52,000 deaths. Over 1.4 million people in the country have recovered.

President Cyril Ramaphosa affirmed Sunday that his government was working to ensure that novel coronavirus vaccines are available for all of the country's residents.

Vaccinations are currently being done in phases, with health workers getting the jabs first. The second phase will include essential workers, teachers, the elderly and those with comorbidities, Ramaphosa said. The third phase will include all other adults, he added.