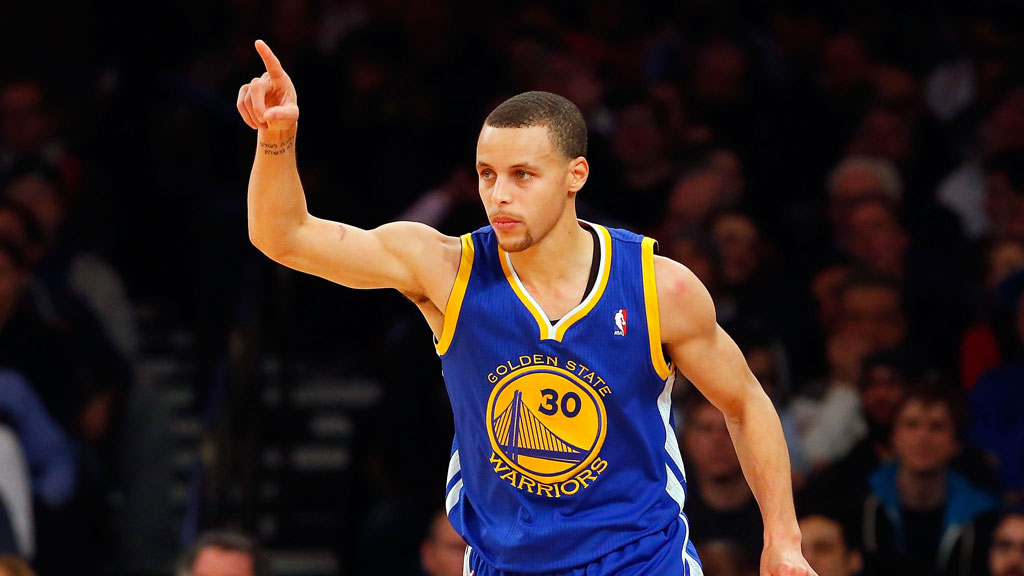 The Golden State Warriors' Stephen Curry, who set a single-season record for three-pointers made and led the league's best regular-season team in scoring, assists and steals, has won the 2014-15 Kia NBA Most Valuable Player Award, the NBA announced today. The 6-3 guard becomes the second Warriors player to win the award, joining Wilt Chamberlain, who was honored in 1959-60 when the franchise played in Philadelphia.

With Curry leading the way, Golden State became the 10th team in NBA history to win at least 67 games in a season. The Warriors scored 920 more points than they allowed with Curry on the court, the highest plus/minus for any player this season and an average of 11.5 points in his 80 appearances.

Curry's consistency throughout the season mirrored that of the Warriors. He was named the Kia NBA Western Conference Player of the Month for October/November, when Golden State went 14-2 as part of a 21-2 start. Curry finished strong, too, shooting 51.7 percent (125-for-242) from three-point range after the All-Star break, when the Warriors went 25-6.

Curry receives the Maurice Podoloff Trophy, which is named in honor of the NBA's first commissioner, who served from 1946 until his retirement in 1963.

For the sixth consecutive season, the NBA and Kia Motors America (KMA) gave fans the opportunity to submit votes for the Kia NBA Most Valuable Player Award by ranking their top five choices through a dedicated Web page on NBA.com. The fan vote counted as one vote toward determining the winner.

As part of its support of the Kia NBA Most Valuable Player Award, KMA will donate on behalf of Curry an all-new and more capable than ever 2016 Kia Sorento LX CUV to the East Oakland Youth Development Center, which develops the social and leadership capacities of youth and young adults. Kia Motors will present a Sorento to the charity of choice of each of five 2014-15 year-end award winners as part of the Kia NBA Performance Awards. After this season, Kia Motors will have donated a total of 38 new vehicles to charitable organizations since its support of the NBA's prestigious honors began in 2008.

The 2014-15 Kia NBA Most Valuable Player Award is part of the Kia NBA Performance Awards, a series of on-court performance awards. The series, in its eighth season, is part of a multiyear marketing partnership between KM A and the NBA, and includes five of the league's most prestigious year-end honors: Kia Most Valuable Player, Kia Defensive Player of the Year, Kia Sixth Man Award, Kia Most Improved Player and Kia Rookie of the Year. The series also includes the Kia NBA Eastern and Western Conference Rookies of the Month and the Kia NBA Eastern and Western Conference Players of the Month during the regular season. Kia Motors is the Official Automotive Partner of the NBA, and the Kia Optima is the league's Official Vehicle. For more information, please visit www.kia.com/NBA.

For the second year in a row, complete media voting results for each NBA annual award will be posted on NBA.com/official after the announcement of each winner. Click here for those results.

Below are the voting results for the 2014-15 Kia NBA Most Valuable Player Award. The balloting was tabulated by the independent accounting firm of Ernst & Young LLP.