BEIJING (AA) - Turkish Cuisine Week kicked off in Beijing on Wednesday within the scope of Turkish Tourism Year in China.

"I have the honor to welcome you to the opening celebrations of the Turkish Cuisine Week in Beijing," the envoy said. "President Recep Tayyip Erdoğan and President Xi Jinping designated this year as the Turkish Tourism Year. We are going to organize a wide range of events across China."

Talking about the official inauguration ceremony of Turkish Tourism Year in China, the envoy pointed out March 19, 2018, when Tiangiao Theatre in Beijing will host a live concert featuring Turkish music.

In his speech, the envoy said bilateral ties between the two countries date back to thousands of years, when the "Silk Road played a prominent role throughout centuries."

"Bilateral relations have been developing steadily. Turkey and China enjoy “strategic cooperation” since 2010. Both geographic gates of the Silk Road in Europe and Asia are now tied again hand in hand, this time, for One Belt One Road," Ambassador Onen said.

Speaking about Turkey being the 6th most popular destination in the world, the ambassador said Turkey is "well on its way to attracting more than 40 million tourists annually within the next couple of years."

"Istanbul Atatürk Airport has become the biggest air hub in Europe surpassing the JFK in New York and Frankfurt for the past two years," he said.

"By the way, Turkey is constructing the Third Airport in Istanbul. A 40 billion USD project. The first phase of the airport will be operational at the end of this year. When completed, new Istanbul Airport will be the largest airport on earth in terms of annual passenger capacity. So, we need more Chinese tourists," he added.

Lastly, the envoy said he believes Turkish Tourism Year "will make excellent contributions to the ever-lasting bonds of friendship between Turkey and China." 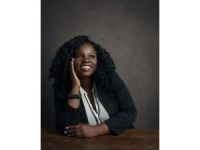