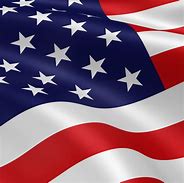 ANKARA (AA) – Turkiye’s Foreign Ministry on Sunday summoned US Ambassador Jeffry Flake to express the country’s grievances over a US Embassy warning regarding a rally held in Istanbul a day ago.

Flake was told the embassy’s alert contained unfounded claims that Turkish authorities were likely to use force against the rally participants, according to Foreign Ministry sources.

It was conveyed to the envoy that the warning was unacceptable as it created a misperception that such actions are a serious problem in Turkiye, the sources said.

Ministry officials told Flake that political parties’ rallies are a deep-rooted tradition of Turkish democracy and Saturday’s gathering was without incident.

They reminded Flake of events where US law enforcement authorities had used disproportionate force, the sources said.

He was also told that Turkiye expects that any such US alerts in the future, whether travel advisories or warnings about demonstrations, will be based on facts, the sources added.

Earlier on Sunday, the Foreign Ministry warned Turkish citizens in the US to avoid large gatherings for their own safety.

A ministry advisory said US authorities have been known to use live bullets, electroshock weapons and tear gas at widely participated events such as large rallies and gatherings, urging Turkish citizens to avoid such events unless necessary.