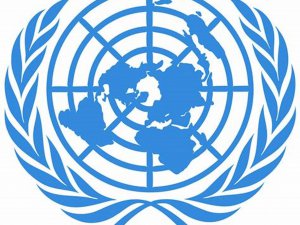 YAOUNDE, Cameroon (AA) – The UN said Monday that it was very concerned about the serious deterioration of the humanitarian situation in the Central African Republic (CAR).

UN Secretary-General Antonio Guterres’s spokesman Stephane Dujarric told reporters that the high level of insecurity along the main supply route from Cameroon to the CAR has caused the suspension of imports, which has led to an increase in the prices of basic foodstuffs of between 75% and 220%.

He said this is happening in a context of already severe food insecurity as 2.3 million people in the war-torn country were already projected to be food insecure.

‘’Over 1,600 inbound trucks, including 500 with humanitarian supplies, have been blocked at the border since mid-December 2020. Humanitarian organizations are beginning to report critical stock outages, including food and trauma kits,” Dujarric said.

On Friday, the UN reported that over 200,000 people had been displaced inside and outside the country.

On Friday, African leaders in the Great Lakes region met in the Angolan capital, Luanda, to discuss the security crisis in the CAR.

They called for a unilateral and immediate cease-fire and asked to immediately allow the free movement of people and goods in the road corridor between Cameroon’s port city of Douala and CAR’s capital Bangui while encouraging President Faustin-Archange Touadera to pursue dialogue.

The situation has been tense in the landlocked Central African country after former President Francois Bozize’s candidacy for the Dec. 27, 2020 elections was turned down.

The retired general seized power in a 2003 coup but was overthrown in a 2013 rebellion. Several militia groups, some close to Bozize, have since attacked civilians, armed forces and UN peacekeeping forces.

Touadera, who won a second term as president in last month’s polls, has reiterated his commitment to peace.