US: Former Secretary of State George Shultz dead at 100 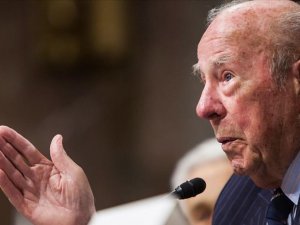 Shultz died at home on campus of Stanford University

ANKARA (AA) - Former US Secretary of State George Shultz died Saturday at the age of 100 at his home on the campus of Stanford University, the Hoover Institution announced Sunday.

Shultz had held three major cabinet posts in Republican administrations, including as head of the State Department for six years during the Ronald Reagan administration. He had also served as labor secretary and treasury secretary under President Richard Nixon, said the think tank.

Shultz was serving as a fellow at the Hoover Institution, as well as a professor emeritus at Stanford Graduate School of Business.