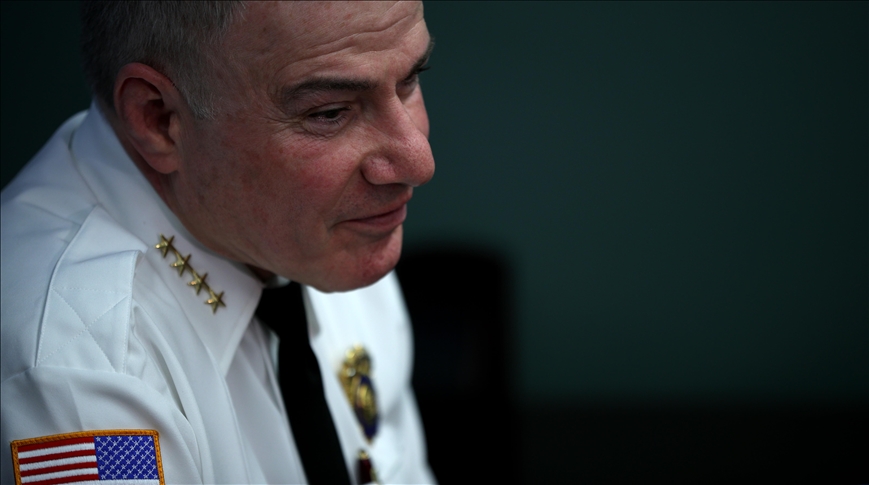 ILLINOIS, US (AA) - A New Jersey man who accused a Turkish-American police chief of being a "terrorist" has pleaded guilty to making terroristic threats.

The 29-year-old, Stefan Keco of Clifton, New Jersey sent threatening text messages to Ibrahim "Mike" Baycora, the police Chief of Paterson in February of 2020. Baycora is the first Muslim chief of Paterson, which is just west of New York City.

The Paterson Times reports that on Monday, Keco pleaded guilty to two counts of making terroristic threats in text messages to Baycora.

In one message, Keco wrote, "Going to kill you f--king terrorist" and "We are tracking your every move." Keco was arrested not long after the texts were delivered and has been in jail for over a year.

Although a grand jury indicted Keco last year on the terroristic threats, the Times reports the grand jury chose not to indict him on a "biased intimidation charge", or "hate crime" charge, commonly used when the victim is a racial or religious minority.

Under a plea agreement, Keco will be allowed to go free on probation at his sentencing later this month. But Passiac County Judge Sohail Mohammed ordered Keco to undergo mental health counseling and to remain in jail until the sentencing.

After entering his guilty plea, the Times reports, Keco told the judge, "I want to put this behind me and move on."