Why does Trump want to kick Muslims out of US 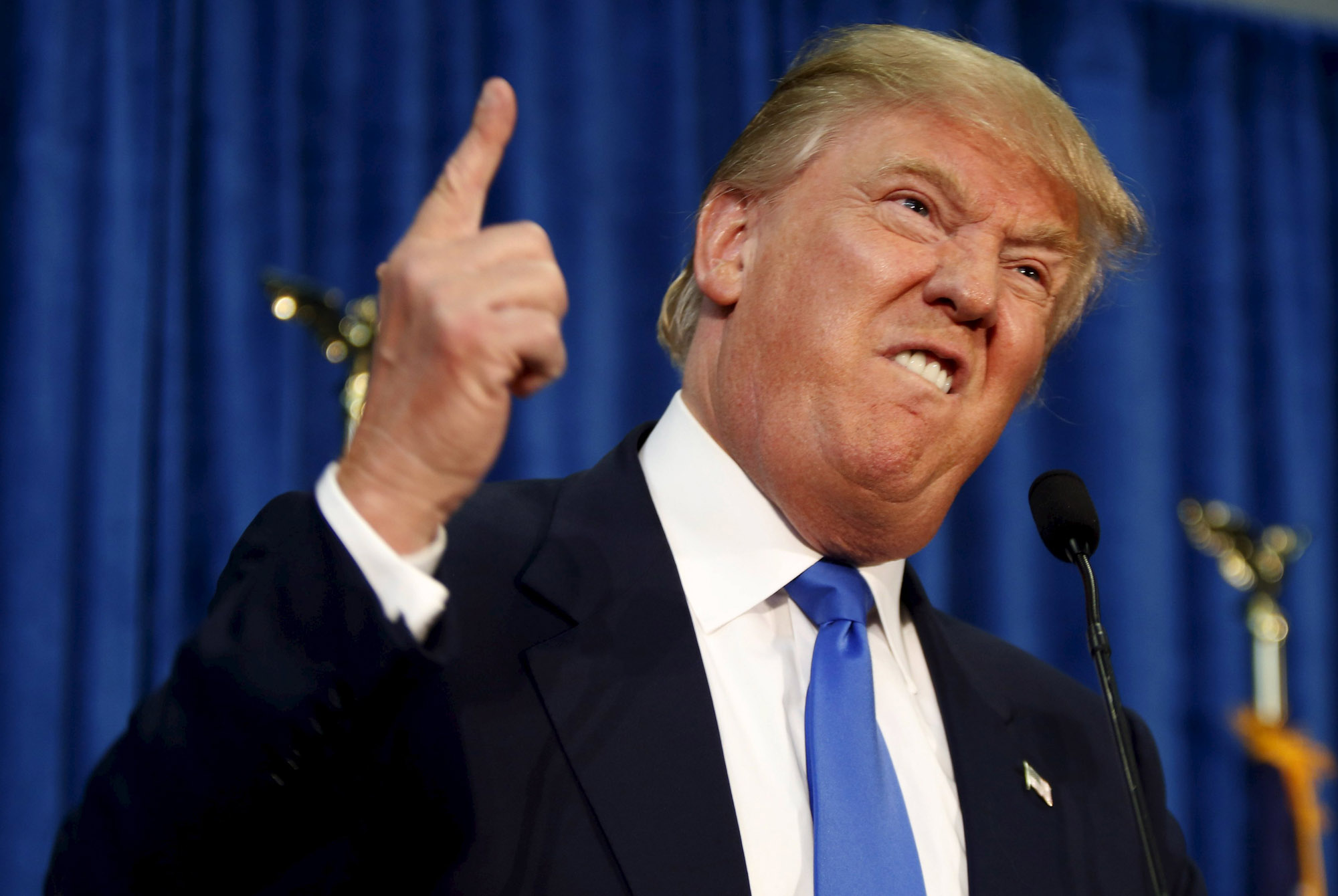 Why does Trump want to kick Muslims out of US, 6-yr-old Turkish-American boy asks Clinton

A six-year-old Turkish-American boy surprised his family and the audience at a fundraising event in Philadelphia on Wednesday evening when he asked Democratic presidential hopeful Hillary Clinton why Republican presidential candidate Donald Trump wants to kick Muslims out of the country. The boy's remarks shed light on the implications of Trump's discriminatory remarks, which have apparently had an impact on children."I don't know why he wants to kick out a lot of people from America," Muhammed Hıdırlıgil, the six-year old, told Clinton."I don't either," Clinton responded, and added that "it is not a good idea at all to propose such a thing."Clinton said that more people should come together and tell Trump what he is doing is wrong, as he has been insulting and threatening many groups of people.Clinton warned that the use of such rhetoric by presidential candidates was not just wrong, but also "dangerous," and added that it is crucial for everyone to stand up to terrorists.Speaking to Daily Sabah, Muhammed said that he was upset when he first heard Trump threating ban Muslims from the country on TV.He said that he came up with the question himself and wanted to learn from Clinton why Trump says such radical things."Some of my friends at school like him," Muhammed said, and added that others do not like him, showing that the fierce political rhetoric has even made it to the world of first graders."I want to be a scientist and then a president when I grow up," Muhammed told Daily Sabah, and added that he will not leave his home, the United States, where he was born and will continue to live his life there.In response to a question about what kind of a world he wants to live in in the future, Muhammed said it would be a world without Trump and people like him.Muhammed's mother Neslihan Hıdırlıgil said that her son is a first grade student who was disturbed by Trump's discriminatory remarks."One day he came from school and told me that he was sad that his friends told him that they like Donald Trump," Hıdırlıgil said, and added that the little boy was offended and took it personally.He then started asking questions to his family about whether Trump would kick them out of the country if he got elected. His mother added that they tried to comfort him by saying that such a thing would not happen.It turns out Muhammed was not satisfied with his parents' response, so he asked Clinton why Trump would make such offensive remarks."I do not believe and will never believe that Trump can get elected," Hıdırlıgil said, "Trump is just a showman who wants to turn hatred and fear into profit by exploiting people's feelings."Contrary to recent news about Muslims being targeted in the United States, Hıdırlıgil said that thankfully their community has not experienced any racist incidents, and added that the average American is open-minded and does not fall for such traps."I love America, and this man cannot be president of this country," she told Daily Sabah, adding that Trump's hostile attitude has put distance between immigrants and Muslims and the Republican Party by alienating them.The fundraiser was hosted by a prominent Turkish-American businessman, Murat Güzel, who is among the 25 leading Democratic donors in Philadelphia and is the first Turkish-American Democrat delegate to select the presidential candidate. The event reportedly raised around $500,000 for Clinton's campaign.Both Muslim and Turkish communities in the U.S. have expressed their disapproval of Trump's hostile rhetoric.Speaking to Daily Sabah, Ali Çınar, the vice president of the Democratic Party's Ethnic Coordination Council, said that various communities have condemned Trump's remarks and do not see him becoming president of the U.S."Anti-Muslim and anti-immigrant remarks by Donald Trump particularly alienate the Turkish and Muslim communities and push them toward the Democratic Party," Çınar said, adding that even he receives criticism from his own party circles.He said that the Turkish community in the U.S. supports Clinton as she has a good track record of past relations with Turkey and that contrary to Republicans, Democrats seem to proceed with their campaign in harmony with each other whereas Republicans seem to be at odds.More importantly, the Turkish community in the U.S. wants to take a more active role in politics and society.Trump had openly called for a "total and complete shutdown of Muslims entering the U.S." until the country could "figure out what is going on." His Islamophobic and discriminatory remarks have been criticized by prominent figures such as boxing legend Muhammad Ali, Facebook CEO Mark Zuckerberg and basketball legend Kareem Abdul-Jabbar.The Republican frontrunner also kicked out a Muslim woman from a campaign rally for staging a silent protest against him.Trump also said he could stand in New York's Fifth Avenue "and shoot somebody" and not lose voters.