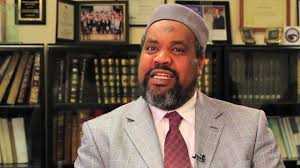 Imam Mohamed Magid "This is not what Islam teaches. This is against all the teachings of Islam."

Imam Mohamed Magid leads of one of the largest mosques in the country, located near Washington D.C. As the Paris attacks unfolded last Friday, one thing went through his mind.

"This is not what Islam teaches. This is against all the teachings of Islam."

He said the Muslim community is angry -- and he wants critics to know that. "We're very upset about this. No one should think Muslims aren't upset with this."

Magid says since September 11th, he and other Muslim leaders have been publicly denouncing terrorism carried out in the name of Islam.

"It's very upsetting, you know, that we have to keep repeating that we condemn this. People have to know that there's no way that what happened in Paris represents me or my religion. There's no way."

This week, thousands of Muslims around the world have taken to social media, using the hashtag #NotInMyName.

On Friday, Muslims from all over the country are gathered outside the White House, united against ISIS.

"I don't want just to have the Muslim community to always be painted as a community that has to respond to terrorism," he said through tears.