Possible Crisis in the US and Turkish Real Estate Markets 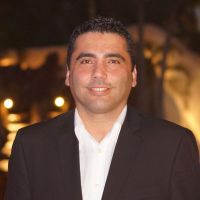 The US real estate market is heading for an unprecedented crisis. Let me list the reasons that make me think so.

There are periods in the real estate market when either buyers or sellers have an advantage. But especially in the last 6 months, there is a strange situation where neither of them has an advantage. It's like a duel scene in a cowboy movie. It is not clear who will shoot first and who will die. Sooner or later the water will run its course and someone will prevail. I think the buyers, those who have money in their pockets and creditworthiness in the bank, will be advantageous

The gravity of the situation is better understood when we consider that only 11.6% of American households have an income of $200,000 or more, according to the information I received from the American Statista.com website.
As a matter of fact, according to Bloomberg.com, one out of 4 millennial generation young people returned to their parents' home. About 18 million Americans aged between 26 and 41 returned because they could not afford to buy or rent a new home. Half of them moved back in the last 12 months.
Home prices have risen so much that it has become almost impossible for young people, especially those just starting out in life, or people with moderate to low incomes, to get a loan to buy a home. Let me give an example using one of the mortgage calculators.
Let's say you want to buy an average house worth 400,000 dollars. You put $25,000 down and need to borrow $375,000. Between the loan repayment, property tax, home insurance, mortgage insurance, condo fees, the monthly payment is $3,767.
In order to get a loan of $375,000 from the bank and pay it back regularly, your household's annual income must be at least $225,600.
If we calculate the same example using a 3% mortgage interest rate, your monthly payment would be $2,908 and your household income would need to be at least $196,950.
So what is the situation in Turkey? My brothers are real estate agents. The field information I received from them is as follows:

The real estate sales market has stagnated.
According to TurkStat, house sales in Turkey decreased by 34.1% to 117,806 in November compared to the same month of the previous year.

Real estate agents witness tenant-landlord bickering and complaints almost every day. The owner wants to increase the rent according to the increasing market conditions. The tenant, on the other hand, uses the 25% increase imposed by the state as leverage against the owner.

However, despite the high rents for housing and workplaces, the number of people still looking for a place to rent is increasing day by day.

Turkey is a country with a high rate of immigration and new ones are being added every day. Everyone looks at renting to foreigners with suspicion. Owners who want to rent their houses to foreigners want Turkish guarantors and 6 months rent in advance as a solution.

Almost every day, landlords send specially prepared notices to the tenants they want to quit through notaries.
Neither state banks nor private banks lend to citizens who want to buy a house on credit. Even if they do, they limit it to 250,000 TL.

As you can see, what is happening in the real estate market in Turkey is quite similar to what is happening in the US. Therefore, it is not hard to guess that a similar crisis is imminent. I think the AK Party government foresees this, and I recommend that our low and middle-income citizens who are given the opportunity and privilege of owning real estate with very attractive interest rates far below inflation should not turn down this opportunity.