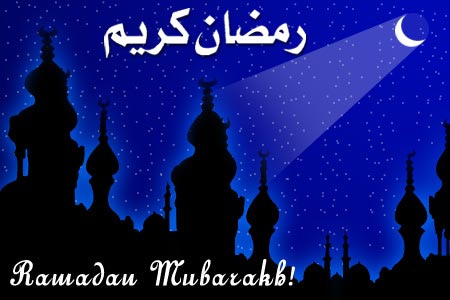 Ramadan fasting is obligatory for all the adult Muslims except for those with acceptable disabilities that will prevent them from fasting. This is established in the Holy Quran, sunnah (practices of the Prophet) and ijma-i ummat (full alliance of the Isla

Fasting which is one of the five pillars of Islam is the name given to the act of abstaining yourself from eating food, having a sexual intercourse and other deeds resulting in the breaking of fasting starting from the break of dawn to the sun set.

Ramadan fasting is obligatory for all the adult Muslims except for those with acceptable disabilities that will prevent them from fasting. This is established in the Holy Quran, sunnah (practices of the Prophet) and ijma-i ummat (full alliance of the Islamic scholars).

The Holy Prophet commands the following in one hadith: "Whoever believes and fasts in Ramadan by hoping that he will only acquire merits from Allah, then his former sins are forgiven" and in another hadith he explains that there is a door called "Rayyan" in the Heaven and that only those fasting will be able to pass through it".

When beginning to fast, in order to physically confirm the intention of fasting within the heart, it is recommended that one should show his intention with an expression as "I intend to fast for the obligatory Ramadan fasting for the consent of Allah." And when breaking the fast in the iftar (sunset) one should say a prayer with a meaning similar to "O! Allah I fasted for Your consent, I believed in You, I submitted to You and I broke the fast with rizq(permission) given by You. May You accept our worship. Without a doubt, You are the all hearer and all knower".

One who has the binding duty of fasting in Ramadan may only abstain from fasting with acceptable excuses such as traveling, illness, pregnancy, breastfeeding a baby, menstruating, puerperality, severe hunger and thirst that is life-threatening, lacking enough power to fast due to old age, war etc. and may break the Ramadan fasting which he has started. Yet if someone with no such excuses breaks his fast, he becomes a sinner.

The ones who do not have the power to fast due to an incurable illness or old age (since they can not keep a qaza [substitute fasting for that day]) they give fidyah (ransom) in place of the Ramadan fast. The ones who do not - can not fast for other reasons or the ones who break their fast accidentally or due to an acceptable excuse keep a qaza fasting after the Ramadan. The ones who intentionally and deliberately break the Ramadan fast are required to keep a qaza fasting as well as the "qaffarat". If the fasting that is kept is broken deliberately or because of an excuse, then only a qaza is required.

Other than these points, eating after you forget that you were fasting, using an eyedropper, bathing to cool down, smelling items such as rose and essences, using misvak, applying medicine on your skin, breathing smoke or dust without the deliberate eating-drinking motive do not invalidate the fasting.

With dictionary meanings of “holding something, embracing it tightly, and restraining from something,” the term “imsak” means restraint from prohibited things during fasting. “Imsak time” is used for the moment the fast begins.

In the Quran and hadith it is indicated that prohibitions of fasting begin at the time when the darkness of night and the lightness of day can be distinguished between (beginning with the second breaking of dawn). Again in hadiths it was recommended that the sahur meal (see Sahur), which is eaten in preparation for fasting and which is considered as an intention for fasting, be eaten close to the time of imsak. The Sahaba’s practice was like this. However, it should not be forgotten that if there is doubt as to whether or not imsak has begun, then it will be makruh to eat or drink something. With the beginning of imsak, the time for morning- prayer has begun.

Tarawih is the name of sunnah (practiced by the Prophet) salat prayed on Ramadan nights between the night time and witr salat. Making more salat on Ramadan nights than on other nights, the Prophet Muhammad (pbuh) gave importance to the tarawih prayer; in fact, he performed this salat a few days in the masjid with the congregation. However, thinking later about the possibility that it would be written down as a difficult mandatory prayer that must be performed by his ummah, he recommended that it be made at home. Some time after the Prophet’s death – when there was no longer the possibility of it being mandatory – this prayer was again performed in masjids and mosques.

Sahur (Meal Before Dawn in Ramadan)

Sahur is the meal eaten before dawn in Ramadan as a preparation for the day long abstainment from food.

Prophet Muhammad (pbuh) has stated in a hadith (saying); "Eat sahur, because there is much abundance in the meal of sahur", thereby recommending drinking at least a glass of water at a time as close to dawn as possible.

The word keffaret is a fiqh (Islamic jurisprudence) term, and is the general word used for forms of worship, both financial and physical, that are obligatory as a means for attaining forgiveness from Allah and as a punishment for anyone who has transgressed certain religious prohibitions.

From the aspect of fasting, one who consciously and deliberately breaks the Ramadan fast when there is no legitimate excuse is known as a keffareti. Anyone who deliberately breaks the Ramadan fast in this way is seen as having made a grave error and such people are obliged to perform one of three forms of worship, in addition to an extra day of fasting, for atonement. These forms of worship are, if one has the means, to free a slave, if one does not have the means to do so then to fast for two consecutive months (without interruption), if one is unable to do this then to feed 60 poor people in the morning and evening for one day (or one poor person for 60 days). (Dependents do not count as the person or people to be fed, as they must be looked after in any case.) The person who has broken their fast atones for their error in this way. In addition to this, if someone has performed an action that acquires atonement two or more times then one such act will completely atone for all former actions.