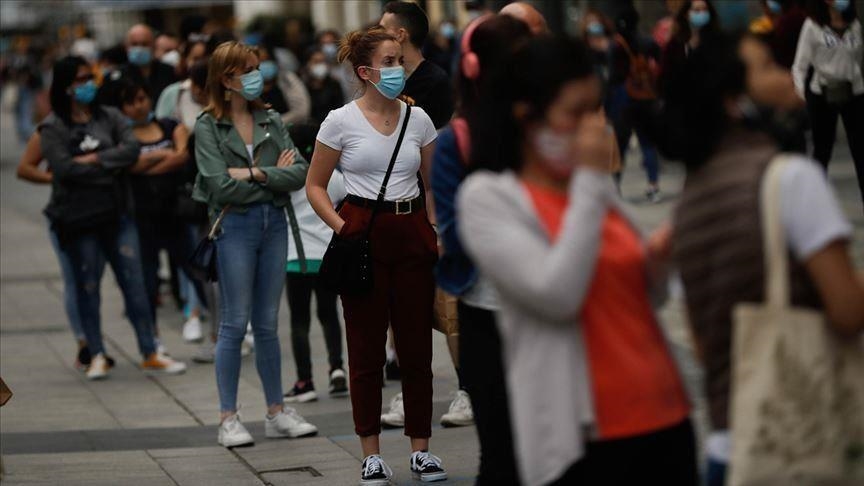 Largest outbreak in Madrid, suspected cases in 6 other regions

OVIEDO, Spain (AA) - The number of monkeypox cases continue to increase in Spain, with at least 31 cases confirmed, and the rest being under investigation.

While the virus has now been found in around a dozen countries worldwide, Spain remains home to the largest known cluster at the moment.

Madrid has been the epicenter of the transmission. On Sunday, Enrique Ruiz Escudero, the region’s health minister, said there were 30 confirmed cases and another 40 under investigation.

Health authorities have traced the outbreak to a gay bathhouse in downtown Madrid, which has temporarily shut its doors as an investigation into the unprecedented spread of the virus continues.

However, at least a few people who have tested positive for the virus may have caught it earlier – during the Maspalomas Pride festival in the Canary Islands that ran from May 5-15.

“Looking at the dates of when the party in the Canary Islands took place, it looks like it started there and then later in the bathhouse in Madrid,” said Escudero.

But outside of Madrid and the Canary Islands, at least six other Spanish regions have identified suspicious cases.

All of the confirmed infections have been found in men, but one woman in the region of Extramadura is reporting compatible symptoms. Her case continues to be analyzed.

Earlier, Spain’s chief epidemiologist Fernando Simon said the transmission of the virus “has been higher than expected.” He also insisted that the situation does not warrant “excessive angst.”

“It is transmitted through prolonged and very close exposure to respiratory droplets and fundamentally through direct contact with the secretions from the pustules that are generated during the illness,” he said.

So far, none of the infections in Spain have been life-threatening.